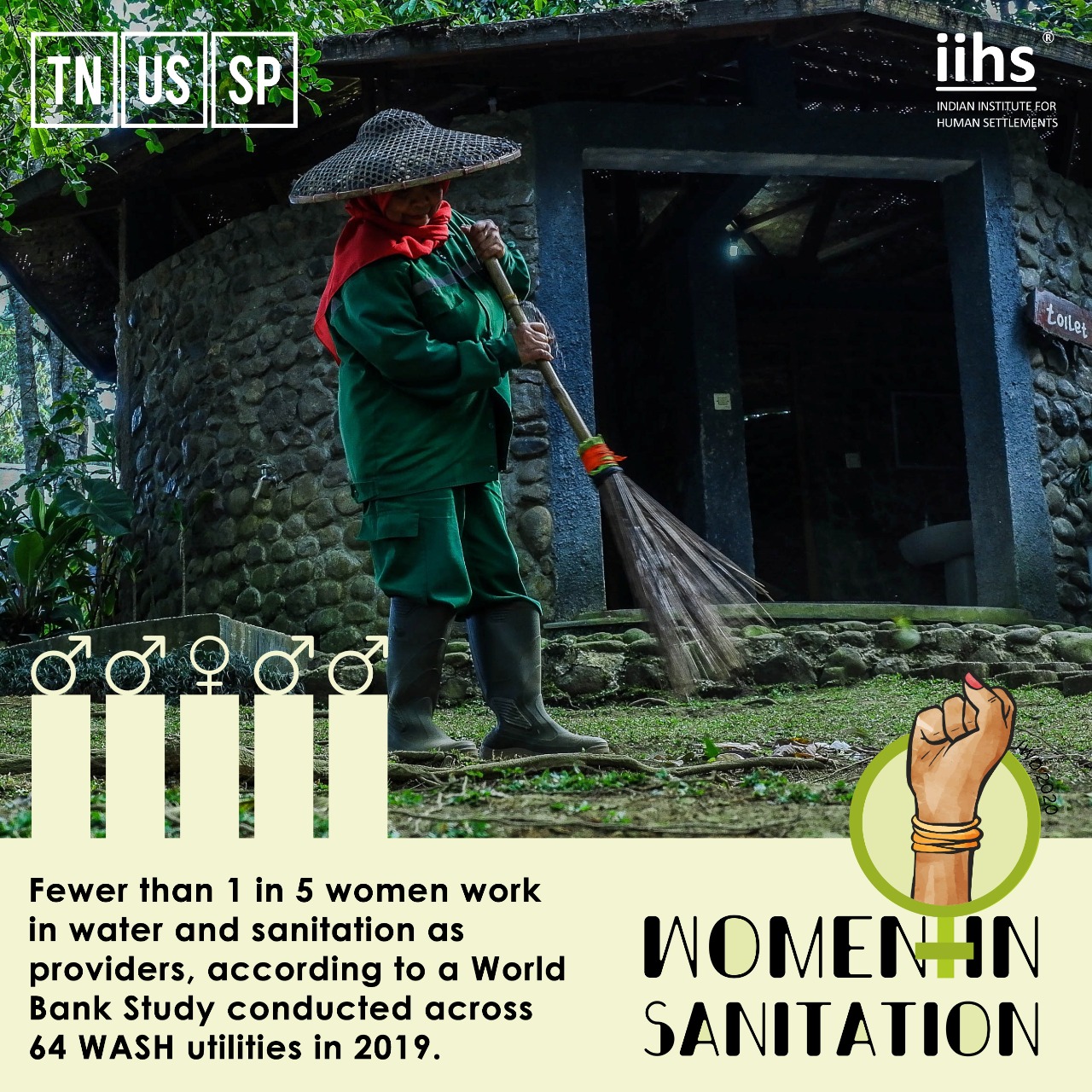 This International Women’s Day, FSMA decided to join efforts with TNUSSP (Tamil Nadu Urban Sanitation Support Programme) campaign on women in sanitation. To quote TNUSSP . “We don’t know nearly know enough about women in sanitation – how many are there, what are the challenges that the existing women professionals face, and what can we do to encourage them etc. We do know that there are not enough of them, we need more of them- and finally, those who are already working in sanitation deserve to be celebrated.”

So, as part of the #womeninsanitation campaign, we were delighted to interview one leading lady in the sector- Fatou Diaw- who is the Director of Membership Services at the African Water Association. We recently met at the AfWA conference in Kampala in February, which was a success. We were also pleased to see several gender sessions at the conference. It seems as though the sector is taking seriously the role of women in the professional context of sanitation.

We spoke to Fatou to pick her brain on how to better include women in the sector.

Fatou is the current Director of membership services at the African Water Association (AfWA) based in Cote D’Ivoire. AfWA focuses on partnership for African populations’ sustainable access to potable water and sanitation services. They do this through knowledge sharing, water utility training and conferences amongst other activities. Before this role, she served as a Regional Director in the renewable energy sector.

What message is important for you to share today?

“Sanitation is less about the politically correct than about the economic livelihood.

As long as sanitation is not feeding (economically) people operating in the sector, we will remain in conversation for a very long time. It’s a thriving economic sector that needs stimulation and structuring. And it is economic as viable as food. So, I do not understand why the money is not springing from it.”

Indeed, the sanitation sector profit potential is huge, with the private sector waking up to the economic viability in sludge and waste-water re-use.  Furthermore, 2015 McKinsey report stated that $12bn could be added to global GBP by 2025 through gender equality. This is a staggering amount of revenue which would add tremendous value to public services around the world.

I asked Fatou to further explain the link between gender representation and economic prosperity, to which she stated:

“It would be interesting to bring on board private sector providers or actors/ stakeholders and lobby their way to show them their added value of identifying woman contributors so they can draw broader women into the sector.  The interest in showcasing woman alone economically is not strong enough. It needs to emerge with an economic interest of stakeholders who will support this emergence. So somehow there should be a method to madness otherwise it’s difficult to break the cycle. There needs to be a strong economic political interest, otherwise who is paying for the gap?”

How can women can be better represented in the sanitation sector?

“If we were just to peel one layer of the onion, we would see very clearly that information is not readily collected which is why it’s not available.”

When Fatou worked within renewable resources, she said that she hardly saw any women in leadership positions, even though they existed. Increasing visibility of women in leadership helps other women strive for similar roles, and also de-mystifies that narrative that men only occupy those positions.

In the case of larger organisations, are we aware of the gender ratio? Information like this is not only useful for organisational awareness but cultivates good practice especially in pursuing SDG 5- Gender Equality.

An article by Jasmine Burton highlighted the progress of women in the sanitation sector. Burton also reported that the World Economic Forum 2018 actively supported women in business in WASH. So, the incentive is there, but to Fatou’s point- this needs to be mainstream especially in the sanitation private sector.

There is much social interest including women in sanitation, and I’m sure these efforts will be met with a willingness to implement women- centric initiatives. I am more excited about the economic growth that will take place within the sector due to the inclusion of women. Fatou reinforced this:

“Sanitation that is a powerful economic engine which is understated almost exclusive of a few.   The sector will thrive even more with women in terms of building the workforce and increasing human resources for profit making companies. But how can we make it attractive to them to invest in this?”

These are important questions that not only need discussion, but need active effort to address. Let’s hope that by International Women’s day 2021, we would have addressed and achieved this.

You can learn more about AfWA by browsing their website and keeping up with their latest activities here.

You can keep up with Fatou by following her on LinkedIn.

This website uses cookies to improve your experience while you navigate through the website. Out of these cookies, the cookies that are categorized as necessary are stored on your browser as they are essential for the working of basic functionalities of the website. Your consent for the use of these cookies is not required. We also use analytical and tracking cookies. Please visit our Cookie Statement [link] for further information. You can indicate below whether you give permission for the use of analytical and tracking cookies and you can withdraw your consent at any time. We collect and use the information in accordance with our Privacy Statement.
Necessary Always Enabled
Necessary cookies are absolutely essential for the website to function properly. This category only includes cookies that ensures basic functionalities and security features of the website. These cookies do not store any personal information.
Non-necessary
Any cookies that may not be particularly necessary for the website to function and is used specifically to collect user personal data via analytics, ads, other embedded contents are termed as non-necessary cookies. It is mandatory to procure user consent prior to running these cookies on your website.
SAVE & ACCEPT